The Woodlands named 7th best city to live in USA 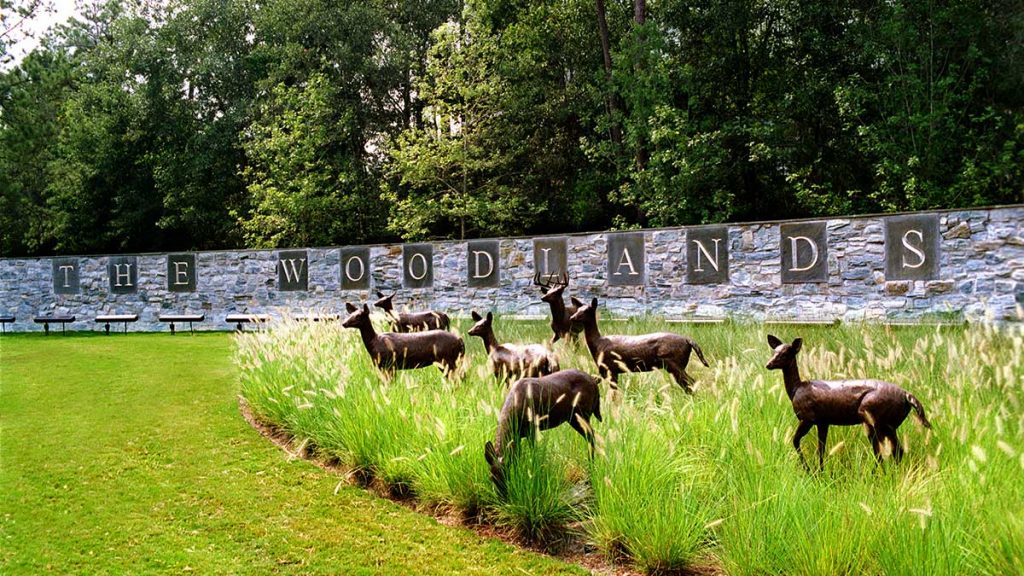 A ranking of best places to live in the United States by niche.com lists three Texas communities in the top 10 of the category Best Cities to Live in America, including The Woodlands at No. 7.

Niche.com, a site that ranks communities and amenities across the nation, used data and feedback to generate its 2018 Best Places to Live rankings. The site says the list “provides a comprehensive assessment of the overall livability of an area.” The ranking grades are derived from several sources, including the U.S. Census Bureau, crime analysis statistics, housing studies, amenities and online surveys. The process, the site says, includes reviews of school quality, crime rates, housing trends, employment statistics and access to amenities.

The Woodlands, which opened in 1974, was the vision of community planner and developer George Mitchell, who died in 2013. He and his wife Cynthia, who died in 2009, worked with several influential city and urban planners, including famed University of Pennsylvania scholar Ian McHarg and Robert Heineman, a graduate of Rice University and Harvard University’s School of Design.

Heineman, now with the Woodlands Land Development Co., was not surprised by the ranking. “A lot of university towns get ranked way up there, and they should,” Heineman said of cities including Ann Arbor, Michigan, ranked No. 1 rated by niche.com. “(The ranking) helps what we’re trying to do here: create the best community where people can work, play and learn. I wouldn’t live anyplace else.”

The 28,000-acre community is managed by the a seven-member Board of Directors and part of The Woodlands Land Development Company, which is a subsidiary of the Howard Hughes Corp.

Area employers include Anadarko Petroleum Co., Exxon Mobil Corp., Huntsman Corp. and MD Anderson Cancer Center, while the retail scene is highlighted by The Woodlands Mall and Market Street-The Woodlands. Some residents are also drawn to trees, forests and other natural elements envisioned in the original plans for the community.

Reactions to the ranking from several community members follows:

Ann Snyder, a member of The Woodlands Township Board of Directors who has been involved in various community organizations, remains happy to call The Woodlands home.

“It’s always an honor to be listed in ‘best of’ places to live. We have so many people over the years who have worked diligently to make The Woodlands a great place to live, work, play and pray,” Snyder said. “It hasn’t happened by accident. To me, one of the most appealing aspects of our town is that neighbors help neighbors. We truly live in a compassionate place with neighbors from all over the world making our place better each day. My husband and I are truly blessed to call The Woodlands home.”

Deb Speiss, is president of The Woodlands Arts Council and director of marketing and communications at the private John Cooper School. The ranking didn’t surprise her.

“My husband and I moved to The Woodlands as newlyweds in 1981 when there were about 6,000 people here. We lived, raised a family and worked in The Woodlands for 34 years, when we moved to the country. Our small hometown had grown to over 100,000 residents,” Spiess said. “In my opinion, The Woodlands was, and is, everything George and Cynthia Woods Mitchell envisioned. A warm, inviting community that’s based on getting to know one another and making a difference in the lives of others.”

Spiess also touted the role of the arts in the community: “The Woodlands (Waterway) Arts (Festival), once a simple idea, has grown and prospered in 13 years, to become one of the premier juried arts festivals in the country,” Speiss said. “Because of that success, TWAC is now able to reach out to expand the extensive public art collection in The Woodlands and continue to bring art experiences to those who might not otherwise have the opportunity. This was also part of the original vision.”

Jim Stinson, president of the Woodlands Joint Powers Agency, noted that many parties worked together over the years to make the community succeed, adding: “I think it is very much an honor and the culmination of years of work,” Stinson said. “I have lived in many places, and there is no doubt in my mind that we’re dedicated to being one of the best communities in the country.”